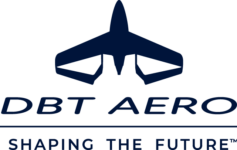 You Are Here:
Thunderstruck
Operators Rating

Here you’ll find the answers to our most frequently asked questions. If your question isn’t answered here or on our technical pages, you can contact us directly.

What are some of the benefits of the Synergy Technology Platform?
Do you have any additional safety features?

Will Synergy Prime be Electric?

Can I invest in DBT Aero before it takes off?

Yes. Accredited investors can express their interest by sending an email to [email protected].

What was the inspiration for Synergy? 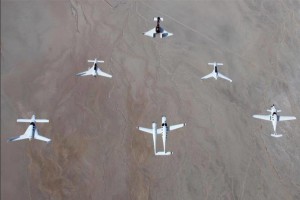 In 1974, champion model aircraft builder, Burt Rutan, having become an aeronautical engineer, flew his jet-like VariViggen homebuilt airplane to Oshkosh after eight years building. This was a feat that Pat McGinnis and his young son, John, admired greatly and hoped to emulate one day. In subsequent years Burt Rutan’s innovative designs continued to inspire John McGinnis and the world.  We knew there was a better way.   Humanity and the Planet needed something better.

Can I pre-order a Synergy Prime?

Not at this time.

Why do the tails push down, instead of lift?

What differences do you expect between the scale aircraft and the full scale?

We expect the 5 to 12 seat full scale versions will fly better than our great flying scale aircraft. Our accurate scale versions are dynamically similar including full scale power loading. The scale aircraft slow down well, are very stable and easy to fly. The Synergy technology platform is ideal for piloted, remotely piloted and fully autonomous operation. 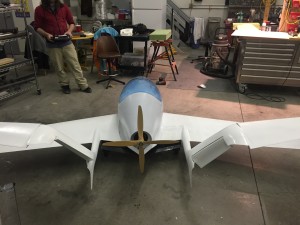 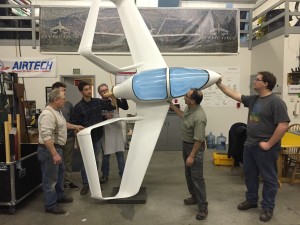 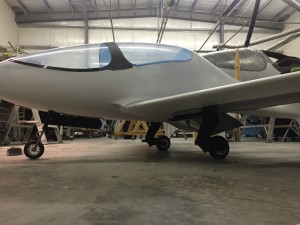 Is Synergy a stable aircraft?

Absolutely! Pilots of our scale aircraft report that it flies like “a sled on rails”. Some of our patents specifically relate to the enhanced stability our the design.

Is there a place to see progress?

Yes, the team is again providing periodic updates via Facebook and LinkedIn.

Have you done any 3D CFD modeling?

Yes, our v32 design is the result of Advanced Computer Modeling including CFD.

Is the technology patented?

How long before the prototype is completed?

How significant is the Synergy Technology Platform? 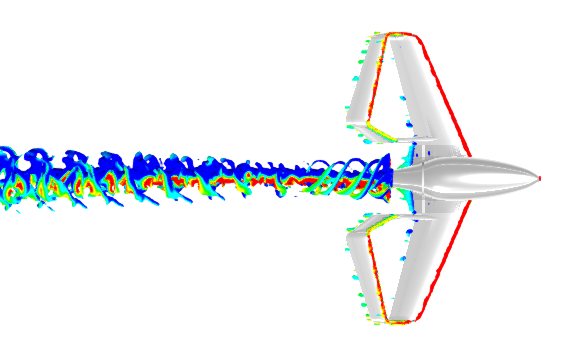 Yes. The Synergy Technology Platform supports a host of propulsion technologies to leverage the advantages of a jet without many of their drawbacks. In terms of efficiency and in keeping with the environmental noise advantages, a better propulsion choice would be a small, multi-blade turboprop or un-ducted turbofan. High torque electric motors—whether pure electric or hybrid—are the preferred eventual powerplant.

Do you have plans to develop other size versions?

How fast will it go? How high?

Our family of aircraft will reach unprecedented speeds for the energy used. The Synergy technology platform is optimized for efficiency. The greatest efficiency is in the mid-Mach region of airspeeds. Speeds will vary by size, capacity & payload. Faster speeds are possible when flown less efficiently.

What is the primary breakthrough here?

One of our breakthroughs is a method for high span efficiency through stability using the tails to reduce wing drag. The Synergy technology platform provides up to 32% more span efficiency than a normal wing. This advantage increases exponentially as payload—passengers, cargo or batteries/fuel—increases. Increased range or endurance can be optimized with payload trade-offs.